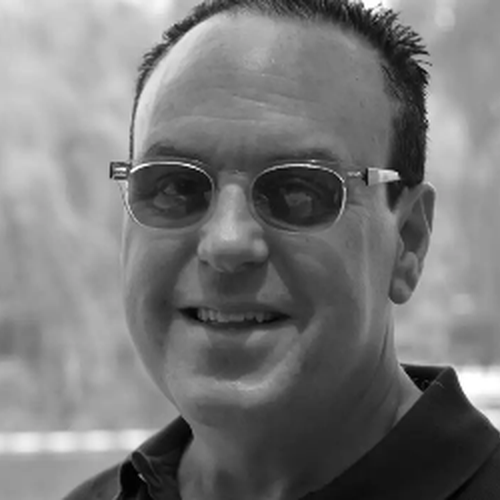 I have more than 35 years of experience in the technology and entertainment industries, with a major focus in the last 20 years in the Internet and mobile space.

Talks and Presentations covered by this speaker

I have more than 35 years of experience in the technology and entertainment industries, with a major focus in the last 20 years in the Internet and mobile space. That said, my greatest accomplishments are my three children, now ages 31, 29 and 28 and my 5-year old grandson.   After graduating from Cornell University, I started my business career in New York at Satori Entertainment, a film and TV distributor and producer initially focused on providing content to the then nascent cable, payTV and Home Video businesses. We were one of the 18 founding members of the American Film Marketing Association (AFMA) and at one time the leading U.S distributor of films from Australia, New Zealand and the United Kingdom. At an early age I was very fortunate to travel extensively and work with some talented filmmakers who have gone on to become leaders in the industry including Mel Gibson, Bruce Beresford, Roger Donaldson, and many more.

I have been active in the Mobile industry since 1998 when I co-founded and eventually became CEO of publicly traded mobile commerce pioneer BarPoint.com. As early as 2000 BarPoint had a UPC/Barcode based mobile shopping and information service "on deck" with AT&T, Sprint, Nextel, Cingular and Verizon and later supported dedicated mobile storefronts for THE SHARPER IMAGE and OFFICE DEPOT. From 2007 through February 2012 I was VP Marketing & Business Development and Chief Evangelist for Myxer, a mobile technology company that operated one of the top 15 mobile websites in the U.S. with more than 50 million users. It has been truly exciting to watch the dramatic impact mobile devices have had on our lives as the networks and handsets are finally living up to their promise, and the Internet has become our constant companion.

During this period (early 2012) I was introduced to serial Entrepreneur Colin Campbell (Tucows, Hostopia), who had just filed an application with ICANN to obtain the rights to the new top-level domain extension, .CLUB.  I began consulting for Colin shortly thereafter.  During this time Colin and I also co-founded Entrepreneur.wiki, a passion driven non-profit project to support established and aspiring entrepreneurs.

We finally won the rights to .CLUB in auction in June 2013 and soon I became CMO on a full-time basis and have since helped to grow .CLUB into a global brand and one of the top and most used new domain extensions.     I speak frequently at Domain Industry and Marketing Events and have served on the Mobile Marketing Association’s (MMA) Education and Advocacy Committee. I have been a founding Member of Mobile Monday Miami (MoMo Miami) and a founding board member of the Mobile Internet Content Coalition (MICC).

Your logo could go here!

If you'd like to get your brand in front of Attendees following the categories this speaker is talking about (on this page, via email and during each talk) contact us.

This website (and some of its third-party tools) use cookies. These are important as they allow us to deliver an exceptional experience whilst browsing the site.

By clicking 'Accept', you agree to the use of cookies.